Mandaluyong City, over the past few years, has proven itself to be deserving of the title ‘Tiger City,’ thanks to the fast-growing number of exciting industrial, commercial, and residential developments within city limits.

This city has been the hotbed of development thanks to its strategic direction right at the heart of Metro Manila. Mandaluyong City shares borders with San Juan City in the north, the City of Manila in the West, Quezon City in the northeast, Pasig City in the east, and Makati City in the south.

Mandaluyong City is also one of the smallest cities in the entire country, which makes it easier for residents to access the different corners of the city. This location is indeed the ideal residence for young urban professionals, newlywed couples, and even growing families who want to live right in the heart of a dynamic yet accessible city.

Residents of One Gateway Place will not only enjoy world-class facilities and amenities, but also quick access to the Robinsons Pioneer Mall, a shopping destination that boasts of a great mix of local and international brands, restaurants, and a supermarket. Pioneer Center, a mixed-use development located right in front of Epifanio Delos Santos Avenue (EDSA), is also within short walking distance from the residential tower.

Mandaluyong is primarily known for the Ortigas Center, a business and commercial district that the city shares with neighboring Pasig City. Living in Mandaluyong puts One Gateway Place residents closer to the Ortigas Center, as well as the number of industry leaders that call this district home, such as Asian Development Bank, the Banco de Oro main headquarters, and the San Miguel Corporation head office.

Proximity to the city’s main business district means that One Gateway Place residents do not have to sit through long commutes and heavy traffic—they can get to their offices within a couple of minutes, hassle- and worry-free.

One Gateway Place residents will also find several upscale lifestyle destinations within a stone’s throw away, such as the sprawling SM Megamall, a stunning compound of retail stores and restaurant concepts that attract thousands of visitors from all over the country; The Podium, which is tucked away in the middle of the Mandaluyong part of Ortigas Center; and finally, the Shangri-La Plaza Mall EDSA, which offers a dynamic mix of local and international retail concepts and restaurant options.

Also within short driving distance is the Pasig City side of the Ortigas Center. The eastern section of this business district is known of the impressive number of office-use skyscrapers and Ayala Malls the 30th, Pasig’s latest lifestyle destination. This four-level shopping mall sits on a large two-hectare property, and boasts of nearly 200 stores, dining options, and service providers, as well as four movie theaters, a gaming arcade, and an “escape room” entertainment facility.

Residents can simply drive a short distance, hop on a cab, the MRT-3 Blue Line, or a bus to get to the prestigious Makati central business district within minutes. The Makati business district has several key areas, including the mixed-use development Ayala Center, the enclaves of San Lorenzo, Salcedo, Legaspi, and Urdaneta Villages, as well as the Makati Poblacion and Rockwell Center area. All these locations offer office spaces, exciting restaurants and shops, retail chains, and some of the world’s most renowned luxury brands.

Mandaluyong City also boasts of good access roads that link it to other adjacent cities, allowing its residents to go just about anywhere in Metro Manila in a short amount of time. The Ninoy Aquino International Airport, for example, is a mere 40 minutes away from the heart of Mandaluyong City. 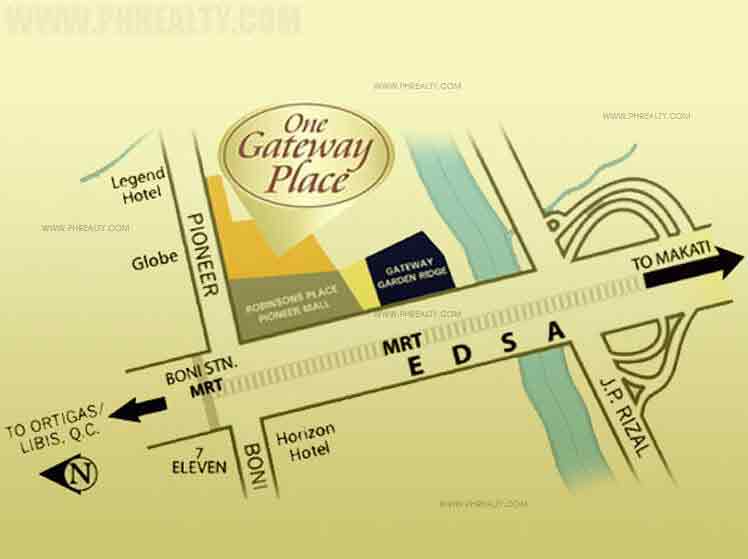